These are some of the pieces I have written and recorded over the last few years.  Feel free to have a listen.

Just click on the titles to hear the tracks

Full of eastern promise - as they used to say about a certain chocolate bar. This is my attempt at merging east and west. It seems to work.

Very electronic, unashamed sequencing. I think it's a bit remeniscent of Howard Jones from the 80s

When you discover that your Great great grandparents came over from Ireland it gives you the perfect excuse to write something with a Celtic flavour. So I did.

What do you get when you combine power synth chords with a screaming guitar and funky rapper's drum and bass?

Free form jazz sequence that rolls around presenting a new angle each time. I was aiming for a modern jazz meets electronica feel. Keep an open mind as you listen.

This is what happens when you spend your youth watching 'Shoestring', 'Dixon of Dock Green' and' Z Cars'. It had to happen.

For some reason I have always liked the sound of the oboe. Sketch features an oboe in the rural sounding piece.

A Tim Burton influenced piece. It was written for an old pupil's final student film. While it wasn't used in the finished film I'm still happy with it.

More folky stuff. This time written and recorded on the Kronos the week after it arrived. Designed to wake you up gently rather than the usual alarm clock rumble. 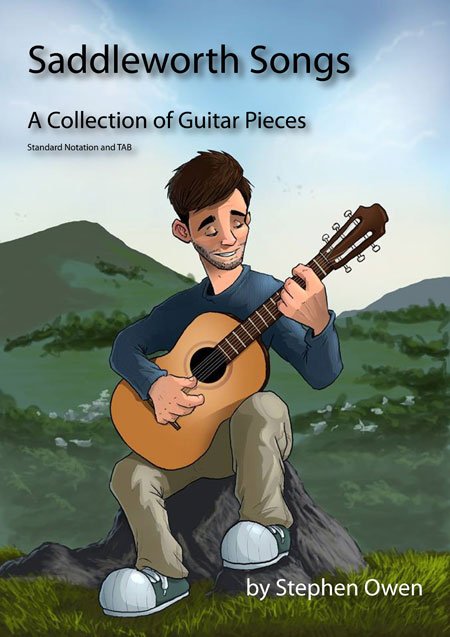 The pieces relate to either places or the history of that part of Oldham which is most famous for pubs, outstanding countryside, pubs, brass bands and ... did I say pubs?.

It's also a very beautiful place.

Gladrags
Basically it means your best clothes. I'm old enough to remember when we got new clothes at Whitsuntide and that was pretty much it for the year. You would go knock on the neighbours doors and they would give you a penny to put in your pocket. Happy days.

Stepping Stones
These Stepping Stones are the ones in Uppermill, the biggest and busiest of the Saddleworth Villages. It's a great spot to chill on a warm day. In fact it's not that bad on a cold day.

Indian's Head
Indian's Head is a rocky outcrop overlooking Dovestones Reservoir - more of which in a minute. The name comes from the fact that it does actually look like an Indian's head albeit sideways looking up, otherwise it would have been called something else, wouldn't it?

Beerwalk
Eleven miles .... Ten Pubs ... 1500 people in Fancy dress ... and the Round table involved. This charity event has been going for 35 years and takes place on the Saturday after the Whit Friday Brass Band Competition. The Sunday is very quiet ....can't think why!

Rushcart
Revived in 1975, the Rushcart comes from an ancient tradition of spreading rushes on the floor of the church to keep the parishioners' feet warm in the winter months.
Today the Rushcart is pulled by some 150 morrismen from all over England. The Rushes are spread on the floor of St Chad's Church but these days the whole thing is purely symbolic.

Dovestones
Built in 1967 the reservoir is in a valley above Greenfield. It's purpose, to supply drinking water to the surrounding area. It also makes for a good walk on a summer's evening, taking about an hour to walk around it's banks.

Delph Donkey
The Delph donkey is probably not what you think it is
It was in fact a railway line that ran from Oldham to Delph via Greenfield to join the main Huddersfield to Manchester line. Passenger trains stopped running in 1955 but the line wasn't removed until 1964 as a few freight trains still used the line.
Now its a cycle path and bridleway. I suppose it still gets people where they want to be.